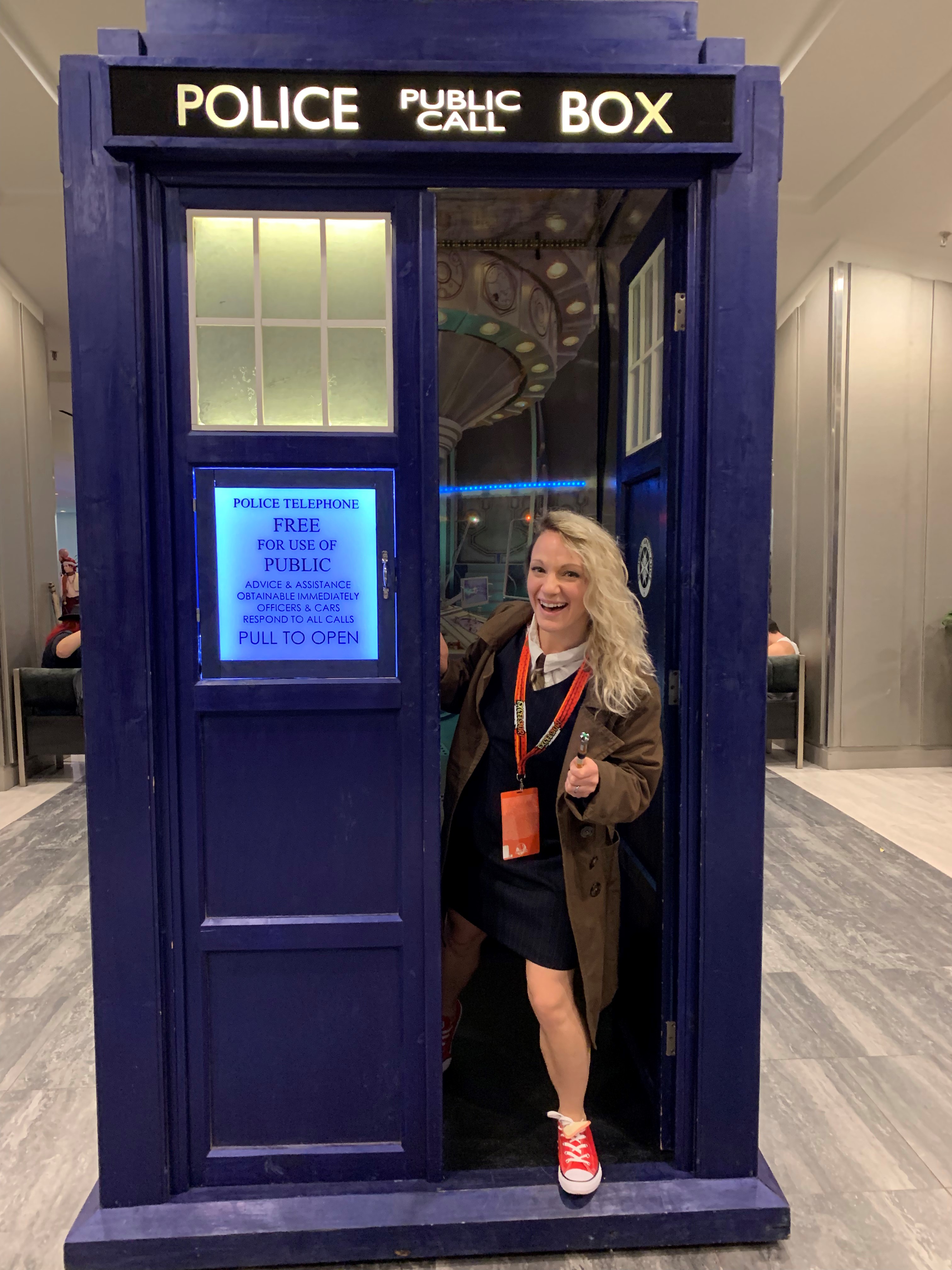 Join Christian Jones and Regan Bell with their guest Taylor Palmer as they talk about the mysterious world of Doctor Who. Taylor Palmer works as a self-employed realtor with licensing in Texas and Maryland. She first discovered Doctor Who about ten years ago when memes of it were all over Pinterest. Later on, Taylor binge-watched the show in its entirety after leaving it on TV a few times while doing chores. As a result, she found comfort in the Doctor Who’s story and what its characters gave her, especially during her husband’s deployment. Today, she shares her thoughts on why Doctor Who stayed around for so long and what she looks forward to with the new doctor being female. There’s a lot to unpack, so stay tuned and enjoy the episode!

Why Doctor Who Lives Forever

Doctor Who has been around for so long that it has cemented itself into pop culture. But for Whovians (fans), it is more than just a pop culture icon. On March 26, 2005, the show first aired on a low budget, made evident by its initial production quality. While people are often put off by how cheap it used to look, it did not stop others from seeing the potential of a great story. Funny enough, as popular as it is, people who are not fans of the show often have no clue why it’s appealing to others. While it did have a simple premise, it took a life of its own as a great story that would last many lifetimes with the right people.

Then again, what truly immortalized the show was the great love of the fans for it. Different fans loved the show for various reasons. Some loved it for the companion aspect, while others loved it for the profound lore it provided. Indeed, while the show was still rooted in science fiction fantasy, it still focused on Earth and grounded itself in humanity’s timeline, which offers both meaning to escape and groundedness that not a lot of shows provide. Even when the show eventually ends its run, Doctor Who will forever live in its fans’ hearts.

Escapism and Groundedness in Doctor Who

Many shows nowadays either offer an escape from reality or a groundedness in it. While some would tip the scale now and then, none balances escapism and groundedness like how Doctor Who does it, the same very reason why fans of the show (Whovians as they are known) still come back to it after all these years. For a lot of Whovians, the show often got them through rough patches in their life. The same can be said for Taylor Palmer.

During her husband’s deployment, she would turn to whatever popular media she could find at the time. But Doctor Who was the one show she would always come back to and re-watch, and it would always help her get through the day. The show was an escape to another world, but still grounded her through the key relationships and struggles in the show. Hence, even if her husband was far away, she was able to find peace, watching it whenever she needed to.

Taylor Palmer is a self-employed real estate agent with licensing in Texas and Maryland. Taylor specializes in military relocation and first-time homebuyers in the Annapolis, MD region.  She is also highly skilled in customer service and proficient in developing teams, leaders, and mentors by honing their social and problem-solving skills. With a decade’s worth of experience doing meticulous work with outstanding results, Taylor is highly regarded as a detail-oriented management professional.