Finding Community In Harry Potter with Felecia Rabb: Owner of Felicia By Design 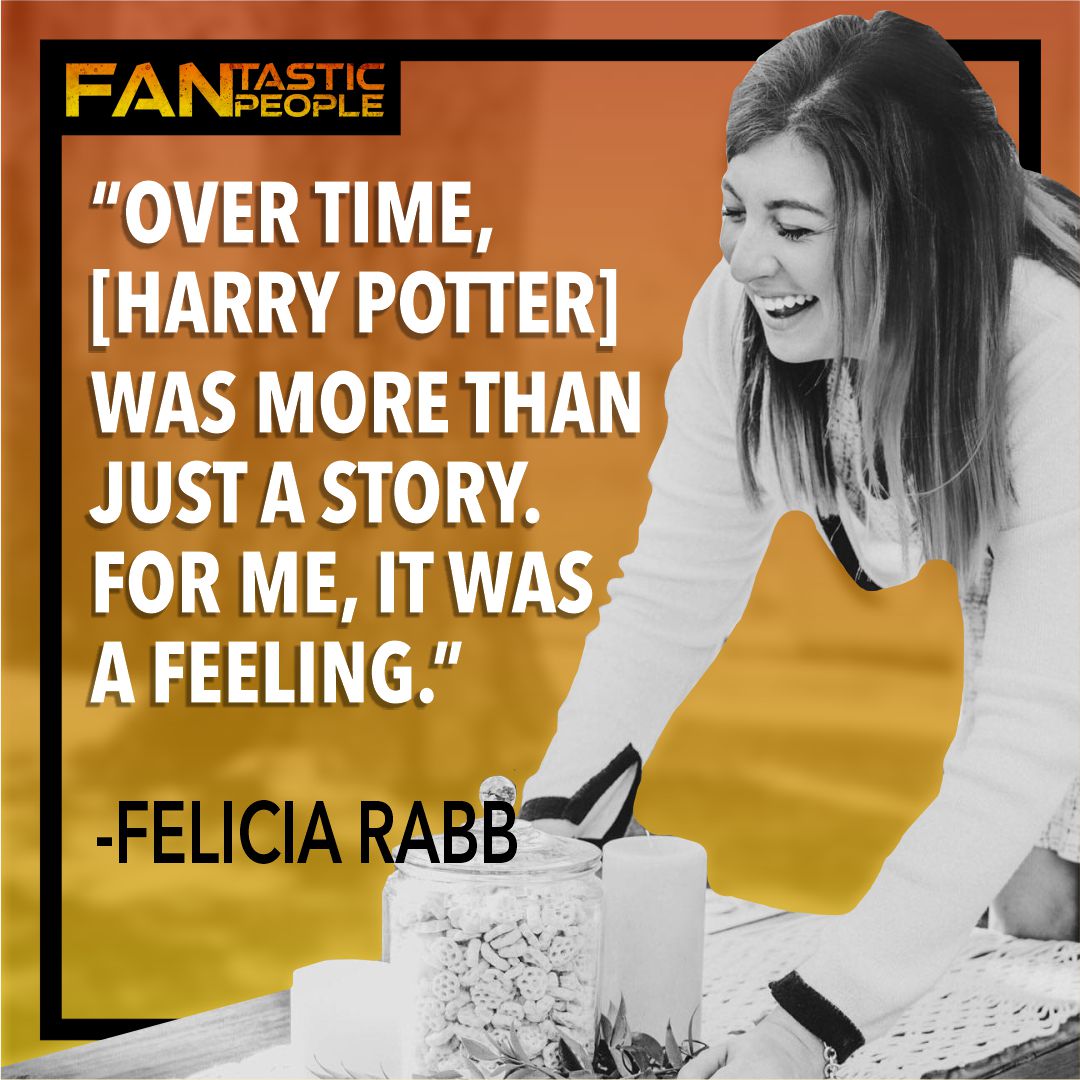 The Boy Who Lived and Inspired a Generation

Harry Potter has reached such a sizeable wide-net community that anyone in it can connect over something as small as a Harry Potter accessory. In this episode, Felicia, Christian, and Regan share what it was like growing up being part of such a significant phenomenon. Felicia shares that she’s not even ashamed to run up to someone in a store and ask someone if they were a Potterhead after showing any indication of being one. Even a simple question such as “What is your house?” can make the conversation last for hours! While some people still make fun of Potterheads for it, that has never stopped the fandom from enjoying what they love. It is undeniably impressive how big the community is and how you can immediately connect with someone at a certain level.  In the end, Harry Potter is no longer just the boy who lived but the character who inspired generations to read again.

Harry Potter and The Future of its Property

People often wonder where such a beloved property like Harry Potter could go. In today’s episode, Felicia and the hosts discuss their opinions on whether or not the Harry Potter universe should end while it is still good. With rumors of a new movie and tv series in the works, part of them does want to see more from the world, but another knows that “all good things must come to an end.” And, as with most things, these additions might not even be as magical as the first. But with a property as beloved as Harry Potter, businesses will always try to find opportunities to make it popular with the next generations to keep profit going. Hence, Potterheads are often conflicted with future iterations and projects based on the wizarding world. Then again, despite feeling conflicted, Felicia, Christian, and Regan pitch what they would love to see if the property does live on like the character.

Felicia Rabb is the lead planner and owner of Felicia By Design. She was named Best Wedding Planner in VIP Pensacola's 2021 Best in Pensacola Reader Choice Awards. She has been doing events in the gulf coast area for over six years. Felicia first got her taste for events while working as a marketing coordinator for a local orthodontist. When she began planning the client events, the rest was history. She quickly fell in love with creating unique and detailed celebrations that brought people together.

Throughout her extensive career as an event planner, she has worked for well-known organizations, such as the Studer Community Institute and Big Brothers Big Sisters of Northwest Florida, gaining valuable knowledge and event experience along the way.

When she is not planning weddings and events, Felicia is most likely on the water. She loves paddle boarding and frequently visits different beaches with her mini–German Shepherd, Sniper. She absolutely loves to travel, and she is so excited that many brides are bringing her all over the community this year.